This year has been very long and hard, yet in some ways it seemed short. I definitely had a lot of fun. From the

beginning of the year when I learned about the Middle Ages, all the way until now, when I have completed my inquiry project about paper from Ancient China, I have grown and learned so much. I have enjoyed having my own blog; it is a fast and efficient way of showing my understanding of

the lesson and is easy to access from home as well. We have learned about the Middle Ages: Charlemagne, the Magna Carta, medieval monks,  knights, castles, and the Black Death. Next was the Renaissance: we had the dinner party where we research a certain person from the renaissance, and also determined what made someone a genius. The next unit was the Age of Exploration: we learned about what life at sea was like for the sailors and found out about a particular explorer from that time. Then, we learned about the Indigenous Peoples of Canada and how the environment shaped them as a nation. In between these studies, we did numerous Current Events such as on the US election in October 2016, on the quality of First Nations’ water, and on the topic of border crossing. Some assignments that I enjoyed doing this year were the investigations we did going around the

classroom finding out about the Black Death, the Explorer project we did on Ferdinand Magellan, and the inquiry project I did to find out how paper spread from China to all around the world. I’ve thoroughly enjoyed my grade 8 year, and I can’t wait to learn even more next year in grade 9! 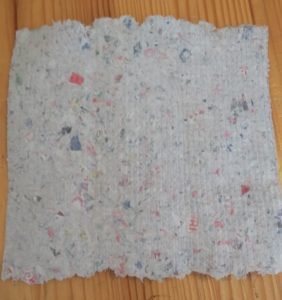 My Social Studies inquiry project is complete! For my project, I have created a poster with my paragraphs and findings on it, a video showing a demonstration of how the ancient Chinese made paper, as well as some different types of paper as artifacts- including my own handmade paper.

So far since researching, I’ve worked on writing my paragraphs. I have finished my introduction, “how and why was paper created”, “how did the creation of paper affect other inventions”, and “how has paper changed over time”. I still have to write “what 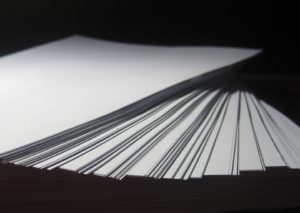 would life be like without paper”, “how did paper spread from china to all around the world”, and my conclusion. After my paragraphs are finished, I can start putting my project together.

Over the weekend, I’m planning to buy my poster board, make the paper in the traditional Ancient Chinese way, and if I can, find other types of paper to bring as artifacts. 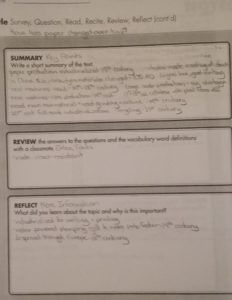 Our second week of research is over! I’ve finished investigating my other 3 questions: “How has paper changed over time?”, “What would life be like without paper?”, and “How did paper spread from China to all around the world?”. I have learned about the evolution of

paper throughout different time eras, some of the uses and advantages of paper, and how it spread across the world.

Some things I had trouble with were getting enough research for each sub question and finding information on what life would be like without paper- I had to inference and come up with my own ideas a bit.

There were also some new things that I learned that surprised me. I never knew that paper was made insect resistant   in China when they made improvements to it. I also found out that paper didn’t spread through the arrival of Europeans in Asia as I thought it had, but rather the invention extended to Korea, Japan, Central Asia, and the Middle East before making it’s way to Europe.

Now that I’ve finished my research, I can start writing my paragraphs!

This week we’ve started our research for our inquiry projects! So far, I’ve researched for my first two sub questions: “ 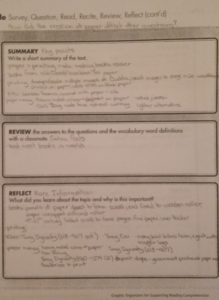 How and why was paper invented?” and “How did the creation of paper affect other inventions?”. I did miss Wednesday’s class because I had to do the Gauss math contest, but on Monday I did already start my research, so I wasn’t too far behind. This week I’ve learned about how paper was made and it’s materials. It was a a cheaper alternative to silk, and was made during the Han Dynasty. I also found out some things about the invention of printing, books, kites and paper money.

I had trouble with identifying key information so that I didn’t use up too much room on my research paper, however this was a minor 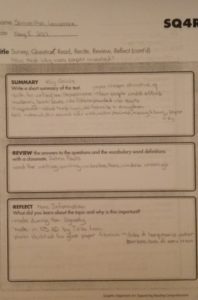 I was surprised to find out that paper was made with things such as rags and fishnets, but it makes sense because those were some cheap materials that were available. The part about metal coins on strings being exchanged for a written deposit on paper also intrigued me because I thought that the coins were directly replaced by paper money, but they were actually these deposit papers first before becoming a national currency.

Next week, we will continue to  investigate the other questions.

This week in class, we’ve started our year-end inquiry projects!

My inquiry question is: How did paper spread from China all around the world?

I’m going to answer this question with these sub questions: How has paper changed over time? How and why was paper invented? How did the creation of paper affect other inventions? What would life be like without paper?

I decided to do this topic because I thought it would be interesting to find out about where paper comes from. It is such a common item in every household, but I want to find out when and why it was invented as well as how it spread across the world and why it is so important.

This is a good st

art to what will be a long, but interesting and informative inquiry project.

In class, we got into groups and became reading detectives. We were tasked with finding clues in the grade 9 Crossroads textbook to solve the mystery about the arrival to Canada. Reflecting back on how we worked will help answer these questions about our group processing.

In another Current Events article, we learned about the spike in border jumping from the U.S. into Canada. Refugees are looking for asylum in Canada because they do not feel welcome in the United States with the new Trump government. They illegally cross the International Boundary to get into Canada, then they are allowed to claim refugee status. This issues might make you wonder… What if the world had no borders? In my opinion, there would be good points and bad points. Firstly, no one would fight over land because no one would own any. People would also have the freedom to go anywhere they want. Although these would make life more enjoyable for most, there are many other negative effects no borders would have. You wouldn’t have any property that is defined as your own. Strangers could stay in your area even if you don’t want them to because you didn’t have any borders around your 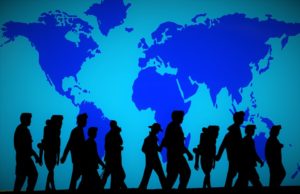 property. Without borders, there would be no order, which might suggest a nonexistent government. This would create chaos all over the world. In addition, if everyone wanted to live in the same place (without borders, they could live wherever they want to), it could lead to overpopulation and a complete drain of natural resources in that area. Overall, I think having no borders would affect the world in a more negative way than positive.

e did a Current Events ion the quality of First Nation’s water. Here, we always have access to safe, clean, reliable water, but that’s not the case in many Indigenous communities. Some people might not think this is a huge issue, but if you put yourself in their shoes, you may find that life can be very difficult without clean tap water. So, what if your family was unable to use your tap water

for a year? Well, you would have to spend a lot of time boiling water when when you could be doing other activities. your family would have to buy bottled water instead of drinking straight out of a tap. Most of all, it would make it extremely troublesome to carry out daily tasks including drinking, washing, cooking, watering, showering, or brushing teeth. When you think about it like this, you realize how hard life must be for these Indigenous peoples who are suffering because the government can’t supply safe water to these communities. Hopefully moving forward, the government will keep it’s promise to improve the quality of water to all the different nations of Canada.

The Northwest Coast peoples of Canada and the Haida were greatly influenced by the environment. This affected their political structure, social organization, daily life, religion, art, and economic subsistence. The people lived on the coast and relied on the land and sea for food, clothing, and shelter. They built their communities on the inlets where they would be close to the water since they depended so heavily on it.

The Northwest Coast peoples never developed democracy; instead their leader was

determined by how wealthy they were. Their society had different social classes: nobles, commoners, and slaves. Groups of families lived together and formed villages. Each village had a Chief, and the Chief’s family crest would be on the village totem poles. The Northwest Coast peoples were unique in political structure because they recognized the ownership of other people’s land and property.

Since the temperature was moderate all year-round, the Northwest Coast peoples lived in permanent settlements. The men were responsible for hunting, fishing, building, and carving. The women did the cleaning, cooking, and looked after the children. They also dug for clams, shellfish, collected berries, and pounded and softened cedar bark for weaving and making clothing.

The Northwest Coast peoples believed in a Great Spirit or Ne-Kilst-Lass in the Haida language. They believed that it created the world, coaxed them out of a shell to see the world, organized clans, gave the people their ceremonies (such as the Potlatch), language, culture and more. They also believed that the spirit could change form and turn into other animals such as the raven. They believed in supernatural beings, and that there were spirits in the animals, so they always respected them.

The Northwest Coast people’s art reflected their spiritual beliefs, ancestry, and wealth. It was made to impress others and also showed social status. They used cedar trees in various types of their art: totem poles, canoes, and masks. They used cedar bark and spruce roots to make hats, and shells were used to decorate button blankets and masks. They made copper shields, horn bowls, ladles, and spoons. They did engraving, made tattoos, and painted chests. They also used animal symbols in their family crests.

As said in the beginning, the Northwest Coast peoples depended greatly on the water around them. From the Pacific

Ocean, they could get halibut, smelt, crab, seaweed, whale, clams, oysters, mussels, sea otters, seals, turtles, and oils. From the forests, they hunted deer, elk, mountain goat, and even bear. They also gathered plants from their environment for food. Above all, salmon was the most important food.

It is clear that the environment played a key role in all the aspects of the Northwest Coast people’s lives, and they always remembered to respect their environment.